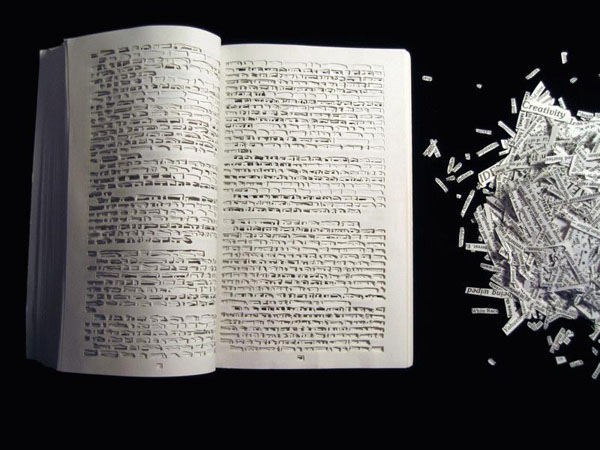 Ariana Boussard-Reifel, Between the Lines, 2007.

At the beginning of 2009 Clive Spash wrote a paper, The Brave New World of Carbon Trading, that was critical of carbon emissions trading schemes and argued redesign would not address the concerns raised. He was employed at the time by the Australian Commonwealth Scientific and Research Organization (CSIRO), which endeavoured to prevent the paper from being published even in his capacity as a private citizen. The paper had been both internally and internationally peer reviewed, and was accepted for publication by New Political Economy, when CSIRO management first decided to prevent publication. After several months the issue became public and was the subject of debate in the Australian Senate. The CSIRO was forced to release the paper but first attempted to subject the work to serious alterations, to which Clive was asked to assent without making any changes. He felt that he could not agree. The journal New Political Economy also wrote to Senator Carr (at the time Minister for Innovation, Industry, Science and Research with responsibility for the CSIRO) stating the changes made were so substantive that the paper was no longer equivalent to that which they had accepted for publication earlier that year (download letter here). Later Senator Carr’s office claimed he had never received this letter (see response to Senator Eggleston here), despite it being widely available and even having been quoted by Nature (see PDF here).  After six months attempting to seek due process there remained no internal recognition within management of any failure on their part or that there had been any breach of acceptable scientific practice. Despite considerable support from his colleagues Clive felt that he could no longer work within an organisation being run with such an approach to management and where arbitrary judgment over political sensitivities are employed to alter or ban research findings. He resigned his position.  Responsible CSIRO managers in the case were never brought to account for their violations of the CSIRO code of conducted and despite a formal whistle blower application no investigation was ever undertaken.  Questions remain unanswered as to the motivations of Megan Clark and Senator Carr in the affair.

What all the fuss was about:

The Politics of Researching Carbon Trading in Australia. (PDF) Clive L. Spash (2014) In The Politics of Carbon Markets. Edited by Benjamin Stephan and Richard Lane. London: Routledge, pp.191-211.  This book chapter gives a chronological account of events in the context of explaining how modern Western democracies censor science, and how ‘quality’ control can be used to achieve such ends.

An Orwellian Guide to Carbon ETS (PDF).
This short guide contains the text from the Brave New World of Carbon Trading that Megan Clark as CEO of the CSIRO demanded be removed in order for publication to take place.  These were the “tiny changes” required.  Later these cuts, which were never disclosed by the CSIRO, were defended in the Senate as “quality improvements”.

Kevin Rudd: His Part in My Downfall (PDF).
A 2 page analysis of the malaise in Australian politics and specifically the failure to tackle the power of the extractive resource corporations and make a transition to renewable electricity generation.

Censoring science in research officially (PDF).
An editorial for Environmental Values where Clive Spash raises the spread of research censorship by government authorities in the supposedly democratic Western nations.

Video of invited talk given 3rd March 2010 at the University of New South Wales, Sydney, Australia

PRESS
[Over time some newspapers have removed links to articles; in such cases original web addresses are given without the hyperlink; entries are supplemented by PDFs of the previously online articles.]

14th November 2009
“Frank and fearless scientific debate comes with a few too many strings attached” (PDF) The Australian by Nicola Berkovic
http://www.theaustralian.com.au/news/opinion/frank-and-fearless-scientific-debate-comes-with-a-few-too-many-strings-attached/story-e6frg6zo-1225797535057 [no longer functional]

23rd November 2009
“This ETS-lite deserves to be rejected” The Age by Kenneth Davidson
http://www.theage.com.au/opinion/politics/this-etslite-deserves-to-be-rejected-20091122-isr0.html

15th February 2012. Exchange between Senator Mason and Mr Whelan of the CSIRO about their inconsistent publication practice in banning work by Dr. Spash and allowing other work critical of government policy.
CSIRO exchange including written response to question from the Senator Mason “taken on notice”