Recent
In 2021 the  appearance of The Dasgupta Review led to a policy brief and journal article which deconstructed the entire argument that offered finance, neoclassical economics and the conversion (yes that’s conversion not conservation) of Nature into capital, as the ‘solutions’ to the ongoing mass extinction of species. The general acclaim, by environmental NGOs and the conservation movement, of this approach as progress, evidenced the total decline of environmentalism, and the lack of  understanding by the conservation movement of economic systems. The conversion of Nature into capital, and ecosystems into services, is also something that has been promoted by various (supposed) ecological economists, but is rejected by anyone with a social ecological economic understanding. The problems of natural capital have been evident since it was first promoted (see Spash and Clayton 1997), but Dasgupta takes the capital approach to the extreme and this exposes all the fallacies of the economic approach whether applied to man-made, natural, human or social capital (Spash and Hache 2021).

Overview of My Research
My work on biodiversity started in the early 1990s with a project for the Forestry Commission in Scotland on the value of biodiversity as part of their attempt to justify public forestry to the Treasury Department at a time of Thatcher’s ongoing privatization programme.  The project was conducted with Nick Hanley and assisted by Robin Faichney.  I designed a survey to conduct a contingent valuation exercise but included novel and innovative aspects from my PhD which investigated people’s refusal to make monetary trade-offs (i.e. lexicographic preferences) associated with rights-based ethical beliefs.  The survey also included probes into respondents knowledge and understanding of biodiversity.  The results brought the validity of conducting such valuation exercises into question on both accounts (see Spash and Hanley 1995).  Not exactly the results the Forestry Commission wanted as they needed a simple number to add to their social rate of return for the government accountants.

I pursued the motives behind willingness to pay for environmental improvement further in an EC funded project called VALSE coordinated by Martin O’Connor.  In this I collaborated with John O’Neill and Alan Holland with respect to the ethics of ecosystem valuation.  I began looking into public participation and part of the project involved a comparisons of contingent valuation with citizen’s juries.  The research assistant hired for the project was Jonathan Aldred and the citizens jury was undertaken with Michael Jacobs (then a researcher at Lancaster University).  The coordination between the citizens jury and contingent valuation did not happen as planned but John O’Neill and I worked on some theoretical comparisons.  I used the contingent valuation work to develop attitudinal scales and combined these with my categorization of ethical beliefs.  The case study used was re-creation of fenlands in East Anglia (see Spash 2000). The results reinforced previous findings about the prevalence of (lexicographic) preferences consistent with refusals to make trade-offs based upon a belief in rights as opposed to the utilitarian assumptions of economics.

At this time I also undertook a study for the World Bank on coral reef biodiversity valuation.  The World Bank originally wanted me to disprove my own results showing the importance of refusal to make money trade-offs (i.e., lexicographic preferences). They relaxed this a bit to exploring their role and relevance. I was interested by the chance to do work outside the UK context and see if the type of result I had previously found could be replicated elsewhere, while also improving on the techniques and probing other issues (e.g. the role of information, trade-offs with time as opposed to money). The case studies were conducted in Jamaica and Curacao by a consultancy (Resource Analysis) based in the Netherlands contracted by the World Bank. Results were delivered to the Bank as a report (Spash, ten Bosh, Westmacott 1998) and appeared later in journal articles (e.g., Spash 2002). The larger World Bank project on coral reefs of which this was a part produced a couple of books and my work was included as book chapters. One request to me for these books chapter reports on the work was to calculate an aggregate total value for the coral reefs we had been studying. However, as my work was showing the fallibility of the numbers arising from contingent valuation work, I was hardly inclined to do this. That did not stop others doing so regardless of the meaning or validity of the numbers they created.

In fact, my work was becoming increasingly more critical of such practices and moving more into social psychology and empirical analysis of the motives behind the values being expressed in survey work.  The initial ideas around lexicographic preferences and their link to rights based ethics had shown a non-economic motivation for valuing the environment existed on a large scale (Spash 2006).  That individuals might still be willing to give money towards a good conservation project was then being misinterpreted by economists (and increasingly ecologists and conservation biologists) as signifying the actual value of species and ecosystems, rather than a charitable contribution to a good cause (Spash 2000).  Yet the economic model could not explain the results.  I developed a model that included ethical categories and employed scales from social psychology to incorporate attitudes and norms.  The result was a vastly superior empirical model that also revealed the fallacy of the mainstream economic logic (Spash et al. 2009).

This, coincidentally, also produced evidence showing some fundamental flaws in the research done by social psychologists on contingent valuation. Anthony Ryan and I went over my previous research investigating these aspects. That resulted in several papers including critical reflection and evidence against some of the ideas of the Sveriges Riksbank Nobel Prize winner Daniel Kahneman (see Ryan and Spash 2011). The research also revealed problems with one of the most popular environmental attitude measures, the awareness of consequences scale, and offered a better interpretation of that scale (Ryan and Spash 2012).

On the conservation and ecosystem front things were moving on and the push for neoliberalisation was becoming dominate.  The popular use of money numbers regardless of their theoretical meaning or foundations was now being described as a practical way forward.  Ecological economists were joining, or being being co-opted into, the game.  Nature was now capital, ecosystems were now services and value was an individual preference.  The language of economics was to be adopted as a means to communicate with corporations and politicians.  The UN project on The Economics of Ecosystems and Biodiversity originally aimed to summarise all biodiversity values in a single cost-benefit number, a direct parallel being drawn with the work of the Stern Review which it hoped to emulate.  However, besides being impossible, and as problematic as the numbers of Stern et al. (see Spash 2007), this was later realised to be really unnecessary. The TEEB project could help create new financial instruments for trading biodiversity and new ways of commodifying Nature merely by getting institutional reform.  If money arguments were needed this could be achieved without any original work and instead the necessary ‘values’ could be created by transferring numbers from any convenient study and making some judicious assumptions.

In this period my work therefore became targeted at critical reflection on the theoretical models being employed and trying to explain how the approaches (rhetorically) justifying the above neoliberalisation of conservation were scientifically unsound.  I wrote on the role of preferences and their meaning as foundational to the mainstream economic valuation that informed and produced the numbers (Spash 2008).  This was aimed at the TEEB project from its initiation because I intuited its direction from early on.  As that project came to fruition the aspects of commodification and financialisation became more evident and prominent (Spash 2011).  I began giving presentations on the topic (e.g., the bulldozing biodiversity lecture in 2010 to the Bank of Austria).

Throughout the period of research covered here, ever increasing numbers of environmental NGOs, ecologists and conservation biologists have become apologists for monetary valuation and market mechanisms.  This is something I refer to as New Environmental Pragmatism (Spash 2009), and which I have argued strongly against as a betrayal of the scientific foundations of ecology (Spash and Aslaksen 2015). Part of my work has been to classify and identify what has been going on in the environmental movement and in particular in ecological economics (Spash and Ryan 2012). The media has given very little coverage to the critiques of valuation compared to the support for neoliberal environmentalism, one exception was my BBC Radio 4 debate with Tony Juniper. This was part of a BBC Radio 4 wildlife programme.

In conservation biology the whole push towards corporate environmentalism has been advocated as something positive under the banner of a ‘New Conservation’ movement that derides and belittles all that went before.  I was invited to reflect on this movement in a plenary talk given in 2015 at a major international conservation conference attended by 2000 conservation biologists (see conference page). “New Paths for Conservation: A Debate with Peter Kareiva and Clive Spash” was the title for a confrontation of viewpoints set-up by the international conservation community. He gave a lecture followed by my own and then there was a Q&A session, where we both answered the same questions from the Chair (see transcript here). The debate with Peter Kareiva involved my confronting and challenging one of the most vocal advocates of ‘New Conservation’. My talk (transcript and slides here via external link to PDF) received a standing ovation, which revealed the discontent within the community as to the way things have gone, but also that the battle is far from over. The New Conservationists, New Environmental Pragmatists, their mainstream economist allies, the corporations and finance sector would all like us to believe there is no alternative to commodification, economisation and market institutions, and that their way is the only way. They are all wrong.  Their way is why we now have a dying planet index (Spash 2015a).

The momentum behind what I have described is strong, and the flaws in the policy instruments being advocated need to be made self-evident to all, along with the fallacies of the arguments being employed (for example see Spash 2015b).  This is one task for theoretically grounded critical and analytical social science research.  The other is to both explain and further develop the alternatives, while preventing the ongoing attempts at undermining the many past successes of the environmental and conservation movements. I have attempted to explain the problems facing the environmental movement and conservationist in particular with a piece in Ecological Citizen (Spash 2020).

In 2021 the release of The Dasgupta Review led to another need for rebuffing the fallacious arguments of those supporting an economic system that is devastating human and non-human lives. On this occasion I was joined by Frédéric Hache of the Green Finance Observatory. Our attempt to offer a short piece to The Conversation was rebuffed, while they removed all critical comments on an article supporting The Review, and its related approach.  A supposedly open forum for academic debate that left only neoliberal pro-pricing comments (see the article here).  I suggest we rename that outlet The Censored Conversation!!

Our own work led to a substantive deconstruction of the capital approach which lay at the heart of Dasgupta’s political economy and recommendations for humanities future.  The Review has been commissioned by Boris Johonson’s Conservative government and termed ‘independent’ while Dasgupta appeared like a genie from a bottle offering miraculous solutions (via neoclassical economics and abstract models) to the environmental crisis that their favoured economic, capital accumulating, growth system creates. The attempt to promote asset management as the latest Nature based ‘solution’ with regenerative and sustainable finance now being widely promoted along with biodiversity offsetting. 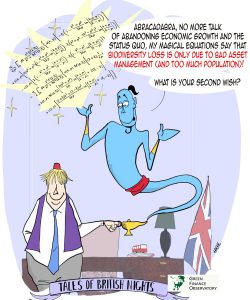 Clive L. Spash and Iulie Aslaksen (2015) Re-establishing an ecological discourse in the debate over how to value ecosystems and biodiversity. Journal of Environmental Management, 159 (August): 245-253. 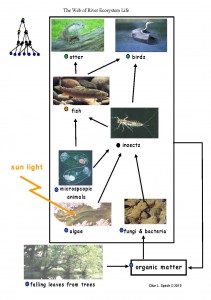 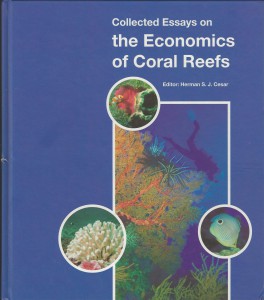 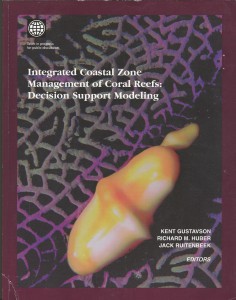 Videos of Lecture given in English and also translated into German