Still shots from the video recording of the violent and brutal attack on a climate protestor (Vienna, 31 May 2019). Coverage of the overall events and violence of the police at the climate demo can be  found here. Other still shots of the police ‘in action’ can be found here.

Police unit designation in the following is identifiable by the code on the police officers’ backs. 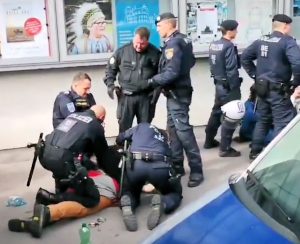 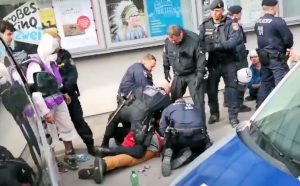 U33 Policemen appear to push protestor’s head into the pavement. 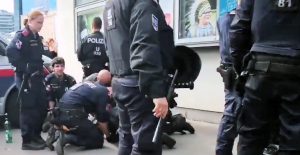 As the assault proceeded police tried to prevent filming and camera moved; note Zugskommandant of BE5 is present and two officers from U33 join 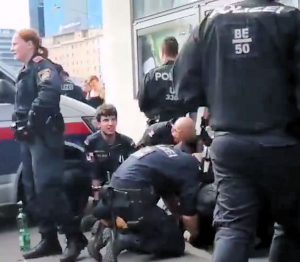 Female officer of U33 turns her back on the violence. The bald police U33 officer is punching the protestor in the back. Zugskommandant of BE5 looks on. 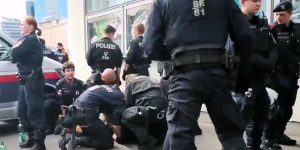 Gruppenkommandant of BE81 overlooks the violence with his men looking round. Other officers of U33 block vision from outsiders. 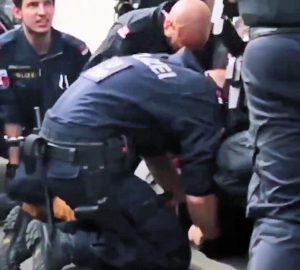 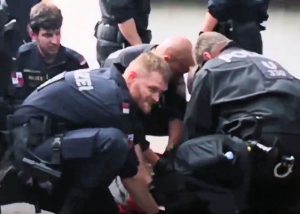 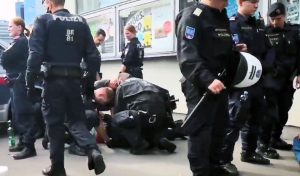 Gruppenkommandant of BE81 ignores the violence and moves to side of female officer. Others of U33 look round as protestor screams in pain at the assault. 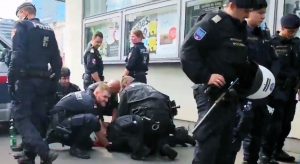 Young trainees of BE81 look upset at events. There are 5 officers from U33 involved directly in the assault. A further 3 are present, including two women. 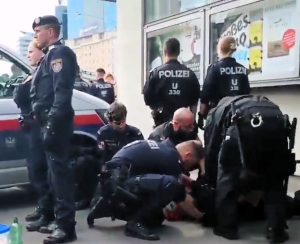 Gruppenkommandant of BE81 takes position next to female U33 officer who appears upset, and to block the view of people who rushed over to see the cause of the screams. 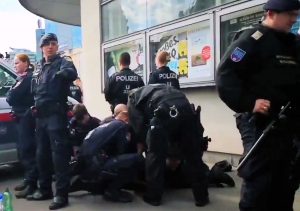 Gruppenkommandant of BE81 orders his men to stop the member of the public from filming the assault. 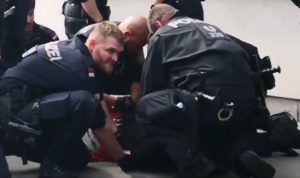 See the fist of the bald policeman of U33, he is repeatedly punching into the protestor while one of his colleagues shouts (in German) “in the kidneys”!