Below are a series of still shots from videos posted on Twitter after the 31 May 2019 climate demo marred by police violence. See main page here and also still shots, taken from the video of a widely publicised brutal police attack on a protestor, here.

Police unit designation in the following is identifiable by the code on the police officers’ backs. No designation means such police are likely to be in the WEGA. 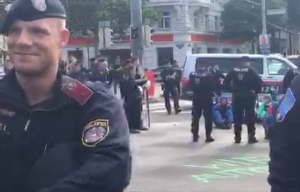 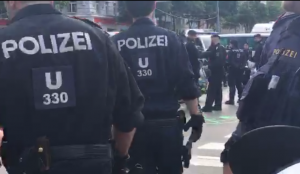 U33 officers pass the smiling Gruppenkommandant 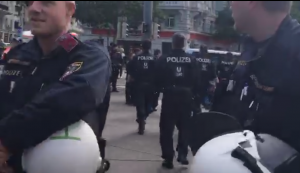 U33 officers pass BE81 Gruppenkommandant 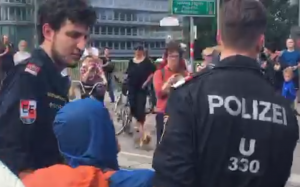 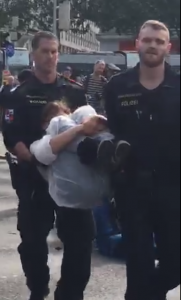 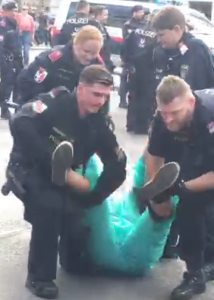 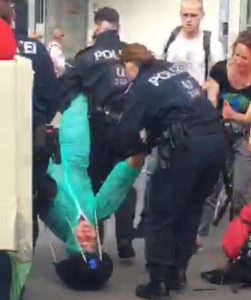 Protestor held upside down with rucksack dragging behind their head. The head almost hitting the ground. 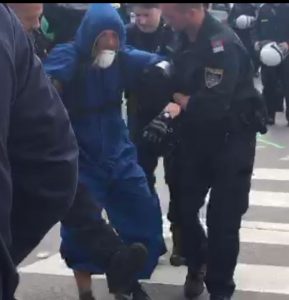 Bald U33 policeman appears to kick female protestor in the ankle, which had just sustained injury from actions of these officers. 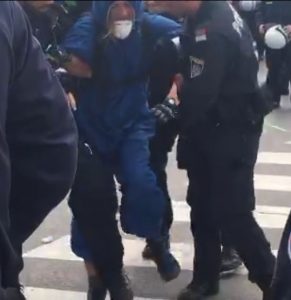 U33 officer has apparently just kicked woman’s left ankle and now moves his left leg back tripping her right leg. 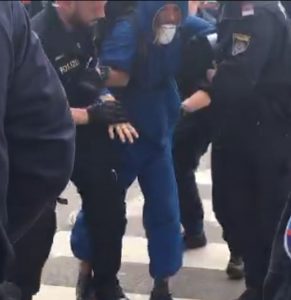 Bald U33 officer’s left leg trips the women resulting in all her weight going onto the ankle he appears to have just kicked. 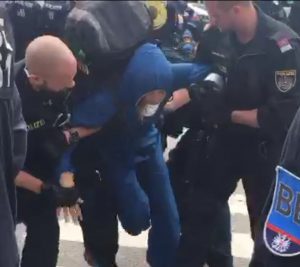 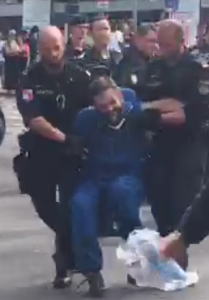 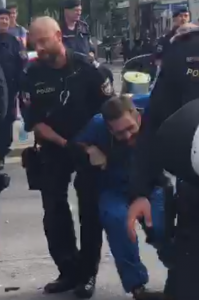 Person forced to walk on injured leg screams and falls. 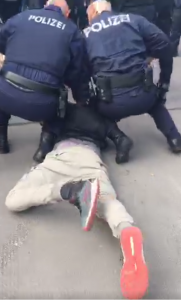 Bystander roughly wrestled to the ground and pinned face down by police (likely WEGA) at the start of the demo. Police placed his head under a van which drove off almost crushing his head. He was moved at the last second. 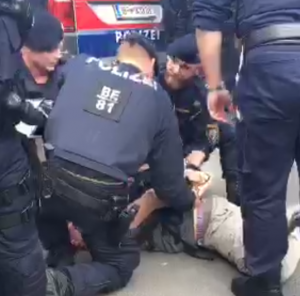 BE81 Gruppenkommandant comes over to person just removed from under the van (seen in background). The person is already detained and pinned to the ground; he proceeds to twist person’s arm behind their back.